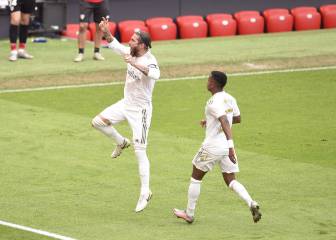 Pro-Barcelona sporting newspapers Sport and Mundo Deportivo made it quite plain they are backing Juventus to beat Real Madrid in the Champions League final.

The sporting newspapers in Barcelona know which side they are supporting in the Champions League final this evening in Cardiff: Juventus.

Sport's front page is emblazoned with 'Forza, Juve', roughly 'Come on Juve', while Mundo Deportivo goes with 'Forza, Alves', with the Brazilian in a photo-shopped shirt that's half Juventus, half Barcelona. The Brazilian right-back, currently back to his finest form, admitted the other day that "Barça is still in my blood".

Dani Alves played at Barcelona for eight years, before leaving on a free transfer to move to Juventus in the summer of 2016.

Champions League final to be played under roof for first time