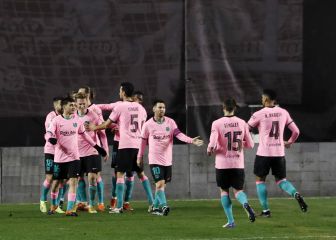 Juventus's coach says he is proud of his players - especially for their first half display, but admitted that Real Madrid were the superior side on the night.

Massimiliano Allegri was gracious in defeat and recognized that his Juventus side were outclassed by Real Madrid in Saturday's Champions League final in Cardiff.

Why did Juve suddenly drop deeper in the second half?

First, I'd like to thank the lads because we won the league and the Italian Cup and also reached this Champions League final - a final we wanted to win. We put in a decent first half. Madrid stepped up the pace and we were left defending and in 15 minutes we came to a standstill. We congratulate Madrid. SWe knew that we would be playing against a very strong team. In the days leading up to the game it looked as though we were the favourites. Cristiano seemed to be asleep during part of the game then he pops up and fires two goals past us... We tried to create chances that would allow us to get back into the game but that just didn't happen.

Would you have expected better performances from some of your players?

Madrid defended and attack well and that meant it wasn't simple for Juve. All of my players did well but after we went 2-1 down we needed to pull off something special to get back into contention. We have to learn from games like this. Our first half performance was extraordinary.

Is this the end of an era at Juve?

Yes, we've come full circle but this team still has much more to give to get to an even higher level. Life can give you many opportunities and also lets you pick yourself up and bounce back.

Were Madrid so much better, or maybe Juve weren't up to it?

It wasn't a great night for us. We let in four goals, but I have nothing bad to say about my players.

Did Madrid surprise you?

No they didn't surprise me. To be able to beat Madrid, you need to perform to the level we did in the first half and after that, have a little good luck because once they went 2-1 up, the game was over.

Real Madrid push the boat out in Cardiff - in pictures