Atlético's domino: the impact of transfer ban on the summer market

Atlético's domino: the impact of transfer ban on the summer market

Atlético Madrid’s transfer ban stipulates that Los Rojiblancos will not be able to register new players until January 2017. Yet the ban, upheld by the CAS (Court of Arbitration for Sport), does not only affect Atleti. It is the initial domino in a chain of events that has shaken up the transfer plans of Europe's elite.

United: from Griezmann to Lacazette

Manchester United had their attention fixed on the signing of Antoine Griezmann. The dancing Frenchman has been Atlético’s leading goalscorer in his last three seasons on the banks of the Manzanares, notching 83 goals in 160 matches. The former-Real Sociedad striker has a hefty release clause of €100m, but it is a figure that United were willing to part with. In fact, the club had already spent more than that last summer on the signing of Paul Pogba from Juventus, Griezmann’s compatriot and good friend. Griezmann had been highly flirtatious with the media regarding a move to Old Trafford, but following the CAS’ decision, he has decided to stay with Atlético. He has said that it would be a ‘dirty move’ to leave the club now.

As a result, José Mourinho is on the hunt for an alternative option in attack. That search has led him to Alexandre Lacazette, who previously, was all set to move to Atlético himself. The Frenchman scored 37 goals in 45 for Lyon last season. Jean-Michel Aulas, the president of Lyon, said that the deal was almost closed, but that the sanction has changed things. The deal is not dead in the water quite yet, it remains possible that Lacazette could join Atlético in January upon completion of the ban. It is hard to conceive that with a World Cup looming next summer, Lacazette would be willing to sacrifice half of the season. Liverpool and Arsenal are also monitoring his situation.

In addition to Lacazette, United are considering a contract renewal for Zlatan Ibrahimovic, which appeared highly unlikely when Griezmann was set to arrive. The enigmatic Swede’s contract is due to expire this summer, and he is currently out of action with a serious knee injury.

This course of action could see United turn their attention to Everton striker Romelu Lukaku, who ended the season with 32 goals in 46 matches. Antonio Conte’s Chelsea are also keen to re-sign the Belgian, who left the club on loan for Goodison Park in 2013, before making the move permanent the following year. The Independent has reported that Lukaku will choose Chelsea over United, and that a deal is close.

Price of everything, the Costa nothing

Lukaku’s arrival at Stamford Bridge may allow Diego Costa to fulfill his stated desire to return to Atlético Madrid, the club he left in 2014. The Spanish-Brazilian is high on the agenda of ‘El Cholo’ Simeone, who would like to pair him with Antoine Griezmann in attack. As with Lacazette, Costa would have to wait until January to sign for Atlético, with a detour via the Chinese Super League entirely possible.

One of the players that Everton are pursuing as a replacement for Lukaku, is Málaga’s Sandro Ramírez. The former-Barcelona player has a release clause of just €6m, and his agent has already been in advanced talks with Atlético. Málaga are contemplating having Sandro ‘on loan’ until January, at which point he would be free to move north to Madrid. The player scored 16 goals in 31 matches for Málaga last season, and is currently training with Spain u21s ahead of the European Championships.

The sanction imposed on Atlético Madrid by CAS has affected six attackers in different situations, and could have a significant impact on their futures. That number could be increased to ten, if one bears in mind that Fernando Torres, Kevin Gameiro, and Ángel Correa are still unsure of their futures at Atleti, while Vietto could return to the club despite a disappointing loan spell at Sevilla. 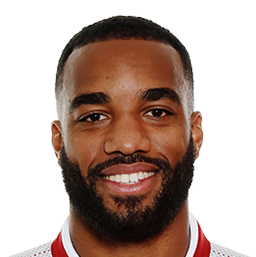