Carvajal: "Piqué gave me a hug; it's all sorted out now" 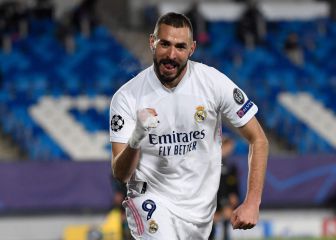 Carvajal: "Piqué gave me a hug; it's all sorted out now"

Julen Lopetegui groans every time he is asked about the problems between the Barcelona defender and madridistas in the Spain squad.

Julen Lopetegui would like the media to put a stop to all of the constant references to Gerard Piqué and his relationship with the Real Madrid players in the Spain squad. The coach is already tired of the matter and while he says the situation is a "vicious circle" he can't help but groan every time a journalist mentions the Barça defender's conflicts with madridísmo. "All I want is for people to talk more about football and less about other issues", he says.

The coach has taken all of the players involved aside to talk about the problem - just like Vicente del Bosque did before him. But while Del Bosque's had his own way of handling the situation - usually getting one of one the captains to give the press a soundbite. Lopetegui just wants the media to stop talking about it full stop.

Lopetegui certainly will not want any problems ahead of Spain's World Cup qualifier against Italy at the Bernabéu on 2nd September with Real Madrid and Barça playing the Spanish Supercup just a fortnnight earlier. Dani Carvajal chose Spanish state television to put the matter to bed. "Gerard congratulated me for the season we've had and gave me a hug; it's all sorted out now", said the Real Madrid defender, who apologised for insulting Piqué in Madrid's league title celebrations in Cibeles by sending him an SMS.