Espanyol confirm Mamadou Sylla has been bought by K.A.S. Eupen

Espanyol confirm Mamadou Sylla has been bought by K.A.S. Eupen

The Belgian outfit exercised their option to buy the player but to sell him on to Gent, much to Espanyol's dismay.

Espanyol confirmed today that Mamadou Sylla has left the club and will continue his career in Belgium. K.A.S. Eupen, the club where the 23-year-old Senegalese forward was loaned last season, have exercised their right to buy the player but to sell him on to Gent. Eupen paid Espanyol 200,000 euros to take Mamadou on loan last season and deposited a further 2.5 million euros to buy the player.

Espanyol not impressed by Mamadou transfer

However, Mamadou will spend the next four seasons playing at the Ghelamco Arena - the operation was let out of the bag  last month when Gent announced the signing on their web site. "I am leaving Eupen following the best season of my career; we avoided relegation and reached the semi-finals of the Cup, something which no one could have imagined at the start of the season. Joining Gent is a new challenge for me, I am ambitious", said Mamadou in declarations which were badly received at Espanyol, who are furious that a third party announced the transfer "without having completed all of the relevant paperwork". 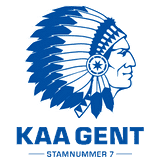