According to La Gazzetta dello Sport, Valencia have been in touch with a view to signing the Colombia striker who is also on Olympique de Marseille's radar.

Valencia are interested in bringing AC Milan striker Carlos Bacca back to LaLiga, according to reports published in Wednesday's Gazzetta dello Sport. In Italy, they go as far as claiming that Valencia have contacted Milan to ask about the player's situation. 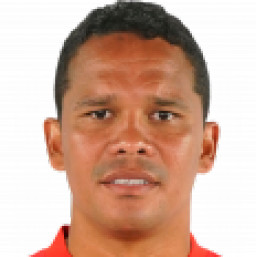 Marseille and Valencia among Bacca's admirers

Bacca looks likely to be moving on this summer after spending two seasons in Serie A. Valencia are not the only club who are interested in signing him for the new season - in France, Olympique de Marseille are also keen and are believed to have already tabled an offer of a three-year contract.

The Colombian has been linked with Valencia over the past two summers but after signing Simone Zaza outright from Juventus, the club have no intention to sign another centre-forward just yet.

Rumours circulate after Rafinha's father is spotted in Paterna