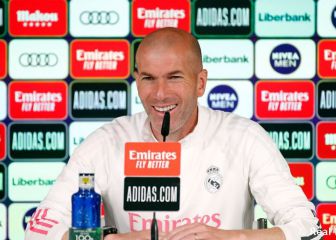 Tensions boiled over in the Getafe - Huesca promotion play-off semi-final when the Huesca coach took off midfielder David López.

Tensions boiled over when Huesca coach Juan Antonio Anquela took off midfielder David López in the 65th minute, after Getafe's second goal. The player was clearly disgusted with the decision and angrily faced up to his manager. Who responded by head-butting him.

Anquela has been involved in various incidents since he took over at Huesca. Last month he kicked loan player Vinicius out of training, and has suspended training altogether when he decided his players weren't making enough of an effort.

Getafe ran out 3-0 winners and with the first leg having finished 2-2 they will play the winner of the other semi-final between Tenerife and Cadiz, to be played on Sunday. The first leg in Cadiz finished 1-0.