The referee consulted the VAR and decided that Eduardo Vargas was offside as he was denied a finish that gave Chile the lead over Cameroon on Sunday night.

The VAR system was back in action during Chile and Cameroon as a goal by Eduardo Vargas was ruled out at the end of the half that caused confused and anger amongst the Chile players as they made their way to the dressing room.

Despite expert anlaysis, and not so expert analysis, there still remains doubt over the decision. There have been several replays but the difinitve angle seems to be turned slightly to the right meaning it does not give us a conclusive image over whether Vargas was offside.

Another sticking point is whether Vargas needed to be entirely behind the Cameroonian defender or whather the referee is supposed to give the benefit of the doubt to the attacking player in instances like that. The one thing it has proven is that with VAR there is work to do and a process of education that leads to trust from players and fans. 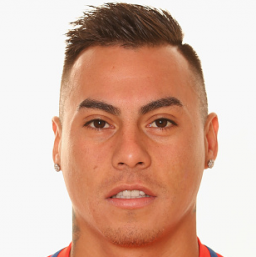