Villarreal decided to exercise their first option to buy the 30-year-old goalkeeper from Porto, buying him outright for two million euros.

Villarreal announced this afternoon that goalkeeper Andrés Fernández will be continuing after the club decided to trigger the clause giving them the first option to buy the player from Porto. The 30-year-old spent last season on loan at Villarreal from the Portuguese club. The clause, which Villarreal had until yesterday to make effective, enabled them to buy the keeper for two million euros. Andrés signs on a four-year deal.

Villarreal hold Andrés in high regard; the former Osasuna, Mallorca and Granada keeper presented no problems when acting as Sergio Asenjo's understudy and delivered when he was obliged to come into the team when the number one was injured. 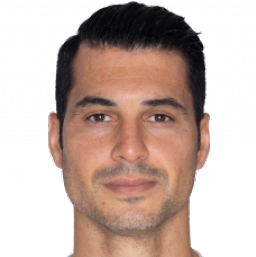