Sevilla and Galatasaray to scrap it out for Younes Belhanda

Sevilla and Galatasaray to scrap it out for Younes Belhanda

The Moroccan midfielder was superb during his season-long loan at Nice from Dynamo Kiev. Óscar Arias has spent several weeks holding talks for the player.

Sevilla have set their hearts on signing Dynamo Kiev's attacking midfielder Younès Belhanda, who impressed last season during his loan spell with Nice. Born in France but a full international with Morocco, is looking to leave the Ukrainian outfit and Sevilla's Director of Football Óscar Arias has spent several weeks negotiating with the hope of bringing in the 27-year-old - who has long been on the club's wishlist. Arias has had to wait until recently-appointed coach Eduardo Berizzo arrived at the club to be given the go-ahead to push foward with the operation. Belhanda is valued at nine million euros but Sevilla are not the only interested club - Galatasaray are their main rivals in the battle for his signature.

Nice's offer for Belhanda is not economically viable for Dynamo

Belhanda's brilliant season with Nice caught the attention of a number of clubs - many of whom have been following him since his early days with Montpellier a few seasons ago. The player is sure that he doesn't want to return to Kiev but Nice's offer of a second season on loan hasn't convinced Dynamo.

Sevilla are also open the possibility that Éver Banega could return to occupy the attacking midfield position. Arias is weighing up several options to strengthen the midfield with Samir Nasri having left - much will depend on the style of play which Berizzo hopes to implement with the team. 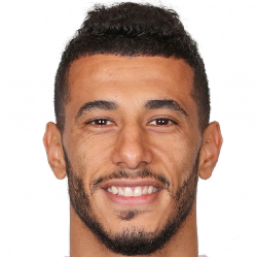 Berizzo: "I share more ideas with Sampaoli than differences"