FIFA give permission for Munir El Haddadi to play for Morocco

FIFA give permission for Munir El Haddadi to play for Morocco

The Barcelona forward can gain his first cap for Morocco's senior side in the 2018 World Cup qualifier against Mali in Marrakech on 28th August.Real Madrid-Gremio: Club World Cup final 2017

FC Barcelona's hispano-moroccan forward Munir El Haddadi has been granted permission by FIFA to be able to play for Morocco's senior side, despite having made one appearance for Spain at full international level.

Munir eligible to play for Morocco

According to declarations made by a FIFA source which were picked up by Moroccan daily Le Matin, the organization's Statutes Commission made the decision on 7 June but the outcome has only been made known this week in Morocco. The news has spread throughout the north African country, delighting fans of the Atlas Lions, who are in need of a boost - the team is third in their 2018 World Cup qualifying group.

Munir was born to Moroccan parents in El Escorial, on the outskirts of Madrid. He has represented Spain numerous time at youth level and made his first senior appearance, coming on for Koke in the 77th minute of the EURO 2016 qualifier against Macedonia at the Ciutat de València on 8 September 2014. Previously he had represented Spain at Under-19 and Under-21 level.

Munir, who spent last season on loan at Valencia, did not enter Albert Celades' list for the Under-21 Championships in Poland and opted to change his sporting nationality which FIFA accepted. Under the new arrangement, he will be able to play for Morocco in September's 2018 World Cup qualifiers against Mali in Marrakech and Bamako. 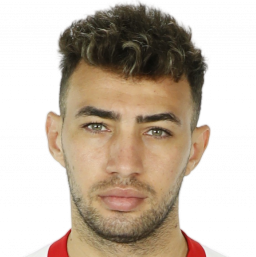