Rumours, talks and done deals: all the summer signings and departures in LaLiga, the Premier League, Serie A, Ligue 1 and beyond.PSG - Real Madrid: Champions League

Kylian Mbappé looks set to change his sponsor from Nike to Adidas in January 2018, according to the Daily Mail. Real Madrid are Adidas’ ‘flagship’ club in Spain. As a result, this switch would be viewed very favourably at the Bernabéu if Madrid manage to compete his transfer from Monaco.

Hopping on to the managerial merry-go-round for a moment, Southampton have appointed Mauricio Pellegrino to replace Claude Puel. The Argentine enjoyed a fine season at Alavés last year, guiding the Basque club to a mid-table finish and a Copa del Rey final in their first season back in the top flight.

Fenerbahçe are keen on Douglas. The Turkish giants have already made contact with Barcelona, but may be forced to settle for a loan deal as a result of the Brazilian's hefty price tag.

L'Équipe are reporting that Arsenal have entered the race for Alexandre Lacazette in a meaningful way. Wenger and Simeone will scrap it out for the Frenchman's signature.
There's a signing over in the Netherlands... Haris Vuckic has joined FC Twente from Newcastle.

Athletic Bilbao goalkeeper Kepa Arrizabalaga, who is currently away on international duty with Spain Under 21s, is set to sign a new contract at San Mamés until 2022, with a €50m release clause. 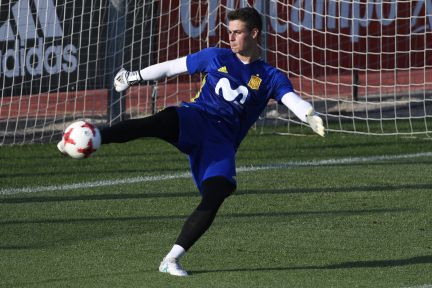 Liverpool new-boy Mohamed Salah is getting to know his new home.

Douglas Costa looks to be on his way from Bayern, with Sport Mediaset saying Juventus are at the front of the queue to make off with him. Inter are keen too though. The Brazilian winger will be 27 in September. 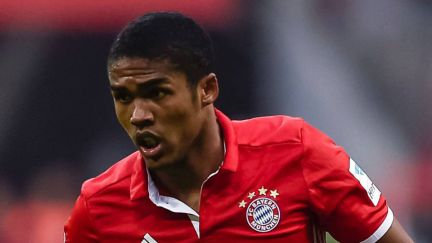 Pablo Insua, Deportivo's 23-year-old centre half, appears to be on the way out of Riazor. The player's representative, Eugenio Botas, has stated that offers will soon be placed on the table for the Spaniard. Schalke appear to be leading the pack for a €3m move.

Alfonso Pedraza has extended his contract at Villarreal. He'll remain at The Yellow Submarine until 2021.

Napoli striker Lorenzo Insigne has waded in to the 'Donnarumma debate', advising his Italy team-mate to stay in Italy. Yet he admitted that "Madrid is Madrid. If they call you when you're 18, it is impossible not to listen." Read the full story.

Eibar confirm the signing of Alcorcón's Serbian 'keeper Marko Dmitrovic.
Florian Lejeune is swapping LaLiga for Premier League with the highly-rated Eibar central defender being identified as part of Rafa Benitez' plan for Newcastle United's return to the top flight.

Back to Monaco news (let's hope their fax machine has been upgraded recently!), Fabinho has said he is "tempted" at the prospect of joining Manchester United.

Iñaki Williams is currently on U21 duty for Spain but the Athletic Bilbao striker is being strongly linked with a move to Inter Milan, according to Tuttosport. Would they pay his 50 million-euro buy-out clause? 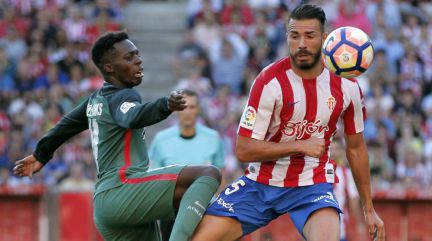 It's not just the Real Madrid manager that has been on the phone to Mbappé it seems. Another French manager is trying to seduce him too...those romantics!

In related Madrid news, we expect Los Blancos to present Vallejo to the Bernabeu after the Euro U21 tournament. 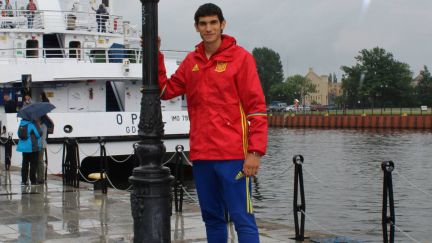 We're being asked about Morata by a number of very interested Man Utd fans. Nothing more to report at the moment but we do expect further news in the not too distant future. Obviously there are a number of related aspects to transfers involving both United and Madrid but these will start to sort themselves out.

RMC reporting that Chelsea are trying to finalise a deal for another of Monaco's young stars. A deal in principle having been agreed on Bakayoko

Of course, Madrid are not the only one flirting with the young French star. PSG have reportedly offered £119 million - topping Liverpool's reported £100 million - and Arsenal and Man City are also still being linked. Choices, choices.

In this morning's L'Équipe, Zidane and Pérez have been in touch with the holidaying Kylian Mbappé to convince him to join Real Madrid. And they have two clear reasons for why it makes sense...including news that he may be filling a slot. 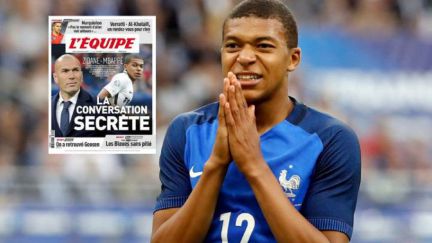 A deal was struck, possibly quicker than some had imagined, between Liverpool and AS Roma for the flying winger Mohamed Salah.

Welcome to today's flowing coverage from AS English of the transfer market activity on Friday 23 June 2017. First a quick update on some action late yesterday...