According to the BBC, Napoli have tried to sign the Spanish full back but the Reds have refused their offer. Other teams interested include Sevilla and Inter.

Liverpool FC have refused an offer from Napoli of £11 million (12.5 million euros) for their left-back, Alberto Moreno. This is according to a report from the BBC. 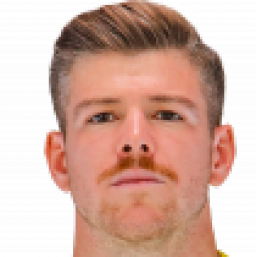 Moreno, 24, is seen as surplus to requirements at the Anfield club but the Premier League side are looking to recoup at least £15 million (17 million euros) as Jürgen Klopp aims to get a squad together capable of challenging on all fronts next season. As well as Napoli, other interested clubs have been reported as Milan and neighbours Inter, and from the LaLiga, Sevilla.

The full-back lost favour with the manager and the fans last season with the versatile James Milner coming in on a free transfer from Manchester City in the summer and taking the first choice left-back position. Although Moreno regularly showed his strengths going forward as Liverpool attacked, it was his defensive mistakes, often at key moments of games, that proved his downfall.

Ins and outs at Liverpool

Other players likely to leave the Reds during this summer include Mamadou Sakho and Lazar Markovic, both who have spent time out on loan. The club has already done some early business in the market with highly-rated winger, Mo Salah, arriving. Several more are expected as Klopp targets a push at the Premier League and the Champions League.