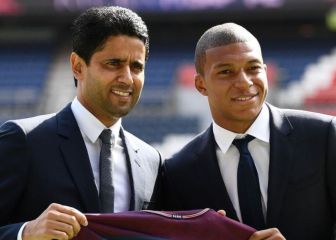 The Brazilian club has already notified Barcelona and FIFA that it will file a report regarding the rumoured transfer of Lucas Lima to Camp Nou.

Santos have notified both Barcelona and FIFA that they will file a report on Lucas Lima’s transfer to the Catalan club, according to Globoesporte.

Barça deny making any form of contact with the player, who is under contract at Santos until December 2017, yet allegedly announced that he has already signed a pre-contract agreement with the LaLiga club.

Santos fear a repeat of what happened with the Neymar transfer. Neymar signed a contract with Barcelona in 2011, despite having a deal with Santos that ran until 2014. He eventually joined the LaLiga club in 2013 with Santos’ consent. Lucas Lima has been offered a new contract by the club.

Reports in the Brazilian media a few days ago state that during a game of poker, Lucas Lima revealed to about 50 people (one of which was Neymar), that he will sign for Barcelona, and arrive at Camp Nou in 2018.

An issue arises because a club cannot negotiate with a player until they are within six months of the expiry of their contract. In other words, Barcelona would not be able to legally negotiate with Lucas Lima until after 1 July 2017.

Lucas Lima provides the zest for Santos at Maracana