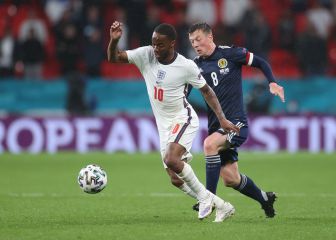 The Roma Legend has asked for 3 million euros a season in order to play for Tokyo Verdy.

Japanese side Tokyo Verdy has offered 40 year old Francesco Totti an opportunity to extend his career. Last month, Totti confirmed that the Serie A game against Genoa at Stadio Olimpico was his last at Roma.

With retirement being one option open to the Roma legend, Totti’s career could however continue in East Asia, as negotiations have begun with Tokyo Verdy.

Could Totti play anywhere else?

Totti made his debut for Roma 24 years ago, playing a total of 786 games. With an entire career at Roma, he is the modern example of a one-club-man. His departure on May 28 was hugely emotional for him, for Roma and for Italian football in general.

With lots of offers to consider, Tokyo Verdy, who compete in J2 League, are among the clubs to have expressed interest in the Italian.

“It’s true, we are interested. We contacted him, but so far there has been no progress,” said Hideaki Hanyu, the club’s president.

According to reports, ‘Il Capitano’ has asked for a contract of around 3 million euros-a-season, while Tokyo Verdy is offering him one million.

“He asks a contract worth 3 million euros. Having him here would be a dream”, added Hideaki Hanyu.

Other offers on the table for Totti

‘Er Bimbo d’Oro’, the Golden Boy, has also been linked with a move to Miami FC, a two-year-old team that plays in the North American Soccer League, and that is managed by his former Italy teammate Alessandro Nesta and co-owned by Paolo Maldini.

According to Il Corriere dello Sport meanwhile, Totti will be taking up a role as part of Roma’s technical staff. The Italian newspaper noted that he has been persuaded to working behind the scenes with manager Eusebio Di Francesco, also a Roma legend, with whom ‘Il Capitano’ won the 2000/1 Scudetto alongside.

Tokyo Verdy has been in J2, Japan’s second division since they were relegated in 2008. Last season, the squad finished 18th out of 22 teams.