The Catalan club are weighing up their options if Arsenal refuse to let right-back Héctor Bellerín leave. One of the candidates is the Southampton defender.

Barcelona have been keeping their options open in case their bid to sign Arsenal full-back Héctor Bellerín falls through. 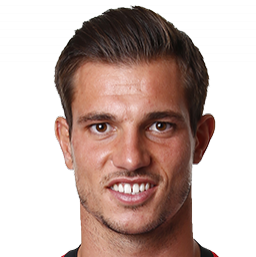 The club is looking at several alternatives for the right-back position, one of whom is reported to be Southampton's Cédric Soares. The 25-year-old Portuguese defender is a first choice for the Saints and has been a regular at international level for Portugal since making his debut in 2014. Soares scored Portgual's opening game at this year's Confederations Cup.

He joined Southampton on a 6.5 million euro deal from Sporting Clube de Portugal two seasons ago buty his value has doubled since then. Tottenham and Juventus are also keen to bring Soares on board for the new campaign - the latter as a replacement for Dani Alves. However, newly-appointed Southampton manager Mauricio Pellegrino would likely block any attempts to lure any of the team's key players and that would include Soares, who is under contract until 2020.