Rumours, talks and done deals: all the summer signings and departures in LaLiga, the Premier League, Serie A, Ligue 1 and beyondEspanyol vs Barcelona live: Copa

Here's the full story on Enzo's move up to the Basque Country.

Alavés secure the signing of Enzo Zidane on a three-year deal. Apparently he's someone's son, or something? The surname sounds vaguely familiar.

Atlético Madrid could table a €15m offer for Roque Mesa, who has been the subject of interest from Swansea City. Read the full story. 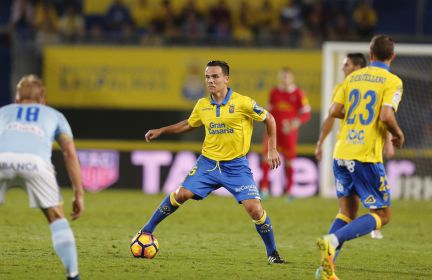 Málaga have announced the signing of Eibar midfielder Adrián González on a three-year deal. The 29-year-old is the son of Los Boquerones' coach, Míchel.
Premier League side Bournemouth have confirmed the signing of striker Jermaine Defoe, who returns to the club where he had a loan spell back in the 2000/01 season.
Galatasaray are having a busy day, with Moroccan international midfielder Younes Belhanda arriving in Turkey to seal a switch:
Sunderland's Fabio Borini has been having a medical in Italy ahead of a move to AC Milan:
Galatasaray have announced a deal to sign striker Bafetimbi Gomis from Swansea City: 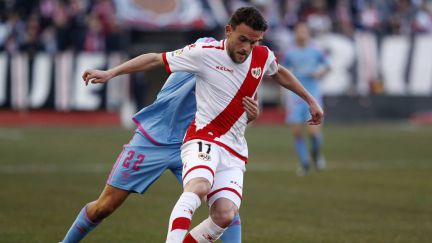 Real Betis confirmed a deal with Sao Paulo for the sale of midfielder Petros late last night, with the Brazilian club set to pay around 2.5 million euros for the 28-year-old.
EFL League 1 side MK Dons have signed Malian Ouss Cisse from Tours. The player briefly played in LaLiga with Rayo Vallecano.
On Wednesday evening it emerged that Real Madrid's Mariano Díaz is on the verge of a move to Ligue 1 outfit Lyon:
Sunderland's Borini currently undergoing his medical with AC Milan

Hello and welcome to our daily transfer feed where we monitor all the major moves in the top leagues of European football.