The Catalan club keep faithful to their original promise with the Brazilian side being this year's guests at the traditional Trofeo Gamper pre-season at Camp Nou.

FC Barcelona have confirmed that the opposition side who will play at this year's Trofeo Joan Gamper is Chapecoense with the match talking place at Camp Nou on August 7th. The Brazilian Serie A club were involved in a tragic plane accident in November 2016 while the squad made their way to the Copa Sudamericana final in Medellin Colombia.

Since the tragedy the Catalan club have been anxious to assist as the modest Chapecó based side rebuild the squad which was decimated in the airline accident.

The Barça first team squad return for pre-season duty on July 12 and a week later embark on their 2017 Sumner tour of the USA where Valverdes's side face Juventus (New Jersey, July 22), Manchester United (Washington, July 25) and Real Madrid in Madrid on July 29. Upon their return to Spain Barcelona stage the Chapecoense game on August  7 ahead of the home and away Spanish Super Cup games in which Barça face Real Madrid. 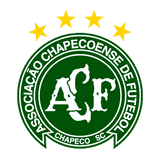 The star studded Messi and Antonella wedding: what we know....