The French central defender also has offers from Besiktas and Crystal Palace but his priority is returning home to a club in Ligue 1.

There has been no shortage of offers for Sevilla centre-back Adil Rami this summer. The 31-year-old is under contract until June 2019 - he is also one of the squad's top earners but his performance levels dipped last season after Unai Emery moved on to take the reins at PSG.

One of the club interested in hiring Rami is Olympique de Marseille. In France, L'Équipe report that Marseille have lined up a meeting with the defender during which they will present their offer. In Sevilla, officials await the outcome of that meeting but have no intention of taking a hit on the six  million euro asking price for Rami.

Marseille are not Rami's only admirers - Turkish side Beşiktaş, who are in next season's Champions League and Crystal Palace have also put in tempting offers but the player prefers to move closer to home and his priority is hearing what Olympique de Marseille have to say. A move back to Ligue 1 would boost his chances of winning over France coach Didier Deschamps ahead of 2018 World Cup Russia while a similar possibility seems unlikely if he were to be playing in Turkey or for a team who has spent the past two seasons battling to remain in the Premier League. 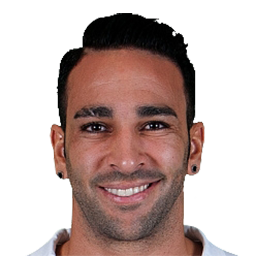 "Sergio Ramos is the best player in the world" - Adil Rami