The captain is set to join the Foxes for 15 million euros. He will bid the fans farewell before flying out to England for a medical.

Sevilla confirmed this morning that they have reached an initial agreement with Leicester City for the transfer of Vicente Iborra, the team's captain last season. A transfer fee of 15 million euros has been agreed by the two clubs. Iborra, 29, will have the chance to bid farewell to  the fans before flying out to England where he must pass a medical revision before joining Craig Shakespeare's side.

Iborra's successive spell at Sevilla is at an end

Iborra leaves Sevilla will an impressive array of honours which include three Europa League titles; he made 172 appearances and scored 30 goals for the Andalucians, who he joined in 2013 in a six million euro switch from Levante. He quickly carved out a role as one of the leaders in the Sevilla dressing room for his commitment and especially for being one of the players who could carry the team when they were under the cosh.

Last year he was close to moving to the Premier League following Jorge Sampaoli's arrival. Initially, he didn't features in the Argentine coach's plans but the rest of the team's captains urged the club not to sell him. Iborra ended up being one of Sevilla's most important players last season and now has been rewarded with what probably will be his last major contract. 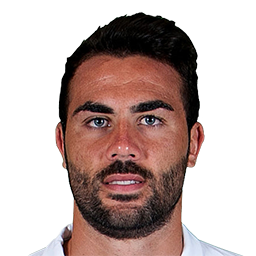 #SevillaFC and @LCFC reach an agreement for the transfer of @Iborra_Vicente