Zaragoza, Villarreal and Atleti legend Cani hangs up his boots

Zaragoza, Villarreal and Atleti legend Cani hangs up his boots

The 'Torrero Wizard', who is about to turn 36, has informed Real Zaragoza of his decision to waive the final year of his contract with the club.

Rubén Gracia 'Cani' has waved goodbye to Real Zaragoza and to football. The veteran midfielder, who will turn 36 next month, is regarded as one of the best players the Aragón region of Spain has ever produced. Cani has informed Zaragoza officials - including General Director Luis Carlos Cuartero and Director of Sport Lalo Arantegui that he has decided not to complete the final year of his contract with the Maños, bringing to an end his professional career.

Cani calls it a day

Cani had already publicly announced his decision to call it day on 7 June: “When the summer starts, I'll decide whether I feel like continuing in football or not. The one thing I am absolutely sure of is that I won't be joining another club. When I signed for Zaragoza, I knew that I wanted to retire from the game here, but I didn't know then when that day would come. It will depend on how I feel in myself. I am no longer 20 years old and so I'm not really in a position to say that I'll continue playing. To be in this game, you need a lot of drive and ambition, as you get older, you have to be honest and ask yourself if you still have that determination".

After thinking about it and talking it through with his family, Cani has finally opted to quit at the top and hang up his boots. 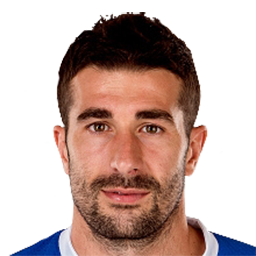