Henrikh Mkhitaryan was the butt of the jokes on Thursday after modelling United's new kit with a not insignificant holiday paunchSenegal - Colombia: World Cup 2018 Group H, game 3

Henrikh Mkhitaryan has found himself at the centre of unbridled social-media mirth after being photographed sporting Manchester United's new kit - and a sizeable paunch to boot.

With Mkhitaryan among the players used to model United's 2017/18 home strip, which was released this week, the Red Devils took to Twitter on Thursday with a picture of him posing in Adidas' latest creation.

However, the Premier League giants soon had to delete the post after scores of users gleefully picked up on the Armenian international's less-than-washboard stomach  - one that suggests he has enjoyed his summer holidays to the full.

Here's a selection of some of the Mkhitaryan tweets:

Man United set to announce Lukaku when Mkhitaryan gives birth to him. pic.twitter.com/P82ZQ6YKmU

United need to loan a winger while Mkhitaryan's on maternity leave. pic.twitter.com/Jdv3Vn46rZ 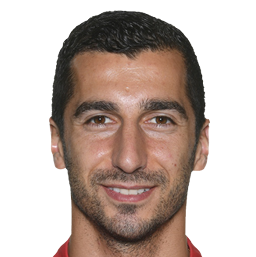 Looks like Turan's going to have to train Ard in pre-season...