'El Pirata' takes the squad number which Diego Reyes wore last season. The Mexican knows that if he is still at the club next season, he must choose a different number.

When Raúl Tamudo left Espanyol in May 2010, some fans believed that the club should 'retire' his fabled No.23 shirt - the number he had chosen when he joined the club in honour of Michael Jordan. Tamudo's No.23 shirt wasn't retired, and today, it was taken by new signing Esteban Granero, who joins on a three-year free transfer from Real Sociedad.

Coutinho, the second player to take Tamudo's No.23 squad number

Granero is the seventh player to inherit Tamundo's squad number - since he retired it has only been vacant for three months. At the end of July 2010, Jesús Dátolo became the first heir to the mythical No.23 shirt, wearing it with pride until he moved to Porto Alegre in January 2012. A few days later, Philippe Coutinho joined on loan and as soon as he found out the No.23 was up for grabs, he took it straight away “For Jordan”, he explained.

When Coutinho moved on to join Liverpool, the No.23 was handed to youth team graduate Cristian Gómez for the 2012-13 season. And when he signed for Real Madrid Castilla the following season, it was passed on again - this time to Abraham González.

After his first season, Abraham elected the number 10 shirt, leaving Tamudo's old number available once again… it was another new signing, Anaitz Arbilla, who wore it during his two seasons with Espanyol from 2014 to 2016. Arbilla left to join Eibar last August and the No.23 shirt had another new owner - Diego Reyes, who joined on loan from Porto and funnily enough, Granero's old team mate at Real Sociedad...

Granero, the seventh proud owner of Tamudo's No.23 shirt

Whether El Pirata swiped the No.23 as a sign of his admiration for Jordan, Tamudo or perhaps, being a Madridista, for the symbolism it evokes for the famous Tamudazo, isn't known. The Catalans are hoping to secure Reyes on loan for another season and should he return, he will now have to choose another squad number. 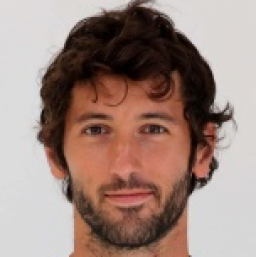