Odegaard leaves Valverde in the shade

The medical tests with Sevilla have found an anomoly that could be due to a ruptured ACL in his right knee in 2015.

Jordan Amavi will not play for Sevilla next season. The left-sided wing-back was set to sign for the Andalusian club after an agreement was reached with Aston Villa for his transfer. The player did not pass the medical tests required by the club and the deal has fallen through, according to Diario de Sevilla.

The club have ruled out the arrival of Amavi due to an anomoly found in the tests. This could be due to a serious knee injury the player suffered in 2015 when he ruptured his ACL in his right knee.

Luis Muriel and Guido Pizarro will be announced as Sevilla players soon and Vitolo has reportedly renewed with the club also, but the Amavi news comes as a blow. Benoit Tremoulinas finished his stint at the club this summer and left on a free with Amavi expected to come in and challenge  Sergio Escudero, who is the first choice left-back at the club.

The possible departure of Adil Rami and other possible transfers in and out are still wide open with the Amavi news throwing their window into another realm of possibilities. Oscar Arias must continue to search for a left back and will have to work overtime to ensure he has a replacement ready for Eduardo Berizzo when it looked like the aston Villa defender was signed, sealed and delivered. 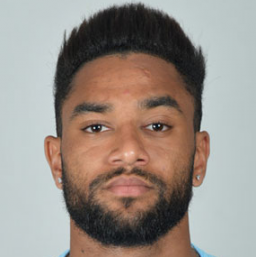