The Belgian winger will undergo a medical today before signing a contract which will keep him at the Basque side until 2022.

Adnan Januzaj is just hours away from becoming Real Sociedad's latest signing. The Belgian winger arrived in San Sebastián yesterday evening to complete his five-year switch to the Basque club. Januzaj will undergo a medical revision at the Gipuzkoa Poliklinika today before signing a contract that will bind him to the Txuri-urdinak until 2022. His agent and and legal adviser are with him and both spent Tuesday evening negotiating the terms of the agreement with club president Jokin Aperribay, Director of Sport Loren and General Manager Iñaki Otegi.

Januzaj granted permission from United to travel to San Sebastián

Manchester United gave Januzaj permission to travel to Spain and undergo a medical with La Real. The final flecks of the deal, concerning the player's representatives, was still being discussed last night. An agreement between Real Sociedad and United was reached several days ago, and according to L'Équipe, the operation will see a transfer fee of 10 million euros change hands - effectively, the Basques acquiring Januzaj's federative rights, although United will reserve an option to buy the player back over the next few years.

Once the last details of the deal have been ironed out, both clubs will announce Januzaj's transfer. The player could make his first appearance for La Real on Saturday, as Eusebio's team have a friendly with regional rivals CD Elgoibar in a friendly at the Mintxeta as part of the club's centenary celebrations. 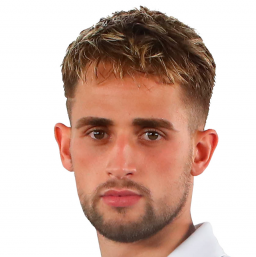