Madrid will retain an option to buy the player back and will reap 50% of any future transfer fee if the player is sold. Álvaro spent last season on loan at the Coliseum.

Álvaro Jiménez will join Getafe on a permanent basis after spending last season on loan with the Azulones. Real Madrid have reached an agreement with Getafe, where the right winger spent last season on loan. The player's agent, Manuel García Quilón, and Getafe president Ángel Torres were at the Bernabéu offices this morning to complete the final technicalities of the deal. Real Madrid retain an option to buy the player back and will be entitled to a 50% cut of any future transfer fee, in the event that Álvaro be sold on to another club.

Álvaro back with Getafe in LaLiga

The 21-year-old ex-Castilla midfielder is ready for his second season at the Coliseum. Last season, he made 34 appearances for the Azulones, making 28 starts and scoring twice as Getafe gained promotion back to LaLiga Santander under José Bordalás. 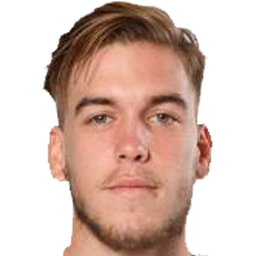 Getafe return to LaLiga after play-off win over Tenerife

Getafe take to streets to celebrate promotion with fans