Manuel Agudo Durán 'Nolito' will play for Sevilla FC after penning a three year deal with the Andalusian outfit.

Nolito returns to Spanish football after securing a three year deal with Sevilla. The player is in the Andalusian capital and will undergo his medical revision today following the move from Manchester City.

Just three days after the dramatic departure from the club by Vitolo, the capture of a high profile international  player such as Nolito will provide a balsamic effect for the restless Sevilla fans.

Disappointing spell in the Premier League

The 30 year old player moved to City from Celta Vigo but failed to generate an impression on Sky Blues boss Pep Guardiola and only bagged a paltry six goals in his 30 games for the English side.

The Sanlúcar de Barrameda (Cadiz) born striker has played with Écija Balompié, FC Barcelona, Benfica and Granada before really establishing himself as a top class striker with 36 goals in his 103 games with Galician outfit Celta Vigo. 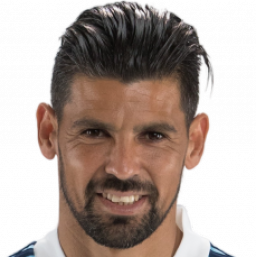