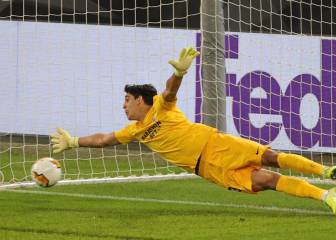 Our daily look at all the news surrounding Real Madrid as coach Zidane prepares the side for the forthcoming 2017/18 campaignChampions League Final: Real Madrid - Liverpool

Real Madrid are in Los Angeles (USA) ahead of their forthcoming pre-season friendly games against Manchester United, Manchester City , FC Barcelona and MLS All Star XI.

The Portuguese star is still on holiday after his participation in the 2017 Confederations Cup with Portugal. The Madeira born striker is China bound as part of a promotional trip with his sportswear partner Nike with the player posting this amusing video to his Twitter account.

I'm ✈️✈️ to watch the best of 🇨🇳⚽️. Heard that football is booming there. Can't wait to see the brilliance. 👊@nikefootball pic.twitter.com/EbnHrFoE3S

The Welsh international celebrates his 28th birthday as the team continue to train at their UCLA base. The Cardiff born player will be hoping for a injury-free fifth Real Madrid campaign after an injury hampered 2016/17 season saw the player just feature in 27 games for the club.

Kylian Mbappe is currently in Switzerland with his French side AS Monaco. The French league champions faced Premier League side Stoke City yesterday in a pre-season friendly and following the 4-2 for the French outfit, fans swarmed onto the pitch. A 14 year old local Roman, requested that Mbappe sign his Real Madrid shirt and the request was flatly rejected by the young French striker.

UCLA player, Madrid born Julia Hernandez was interviewed by AS correspondent Carlos Forjanes in LA and the rising star of the women's game Stateside once again conveyed her amazement that Florentino Perez has yet to embark on a project to install a women's football at the club.

New Real Madrid acquisition Ceballos is enjoying the final days of his holidays following his participation in the Euro U-21 competition with Spain. The player is currently in Rota (Cadiz) and posed with a Madrid fan with the pair proudly holding a Real Madrid towel.