Rumours, talks and done deals: all the summer signings and departures in LaLiga, the Premier League, Serie A, Ligue 1 and beyond.Barcelona-Getafe live: LaLiga Santander matchweek 23

It's Monday and clubs around Europe are cranking up their efforts to find those perceived missing pieces of their footballing jigsaw puzzles. Join AS English for live transfer news throughout the day as we keep you up to date on all the movements happening in European leagues and beyond. Rumours, talks, expected deals, completed signings, contract extensions - it'll all be covered right here.

Reports in Brazil say Neymar has told PSG's Brazilian players that he will be alongside them next season. Read the full story. 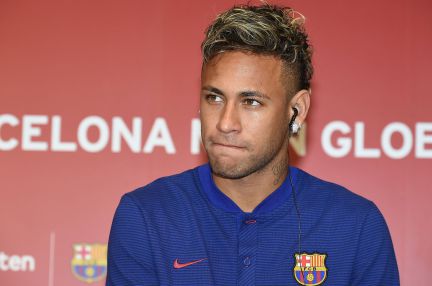 Marco Verratti has hired Mino Raiola as his agent in a move that should secure a new (and vastly improved) contract at PSG. Read the full story.

Read the full story as Álvaro Morata's move to Chelsea edges closer. The Blues and Real Madrid have both stated that a deal has been reached. AS understands that the fee will be around €80m. Personal terms have yet to be agreed.

Both Chelsea and Real Madrid have issued communications stating that they have agree the terms of a transfer for Álvaro Morata.

Pep Guardiola has delivered an update on the rumours surounding Danilo and Sergio Agüero. Read the full story here.

Reina to City could be on the rocks if he meets with Napoli chairman and smooths things over.
Are Antonio Conte and Álvaro Morata finally going to get to work together?
Here's more on the news that Christian Panucci has been appointed as coach of Albania:
Wojciech Szczęsny unveiled as a new Juventus player
Former Italy defender Christian Panucci has been appointed as head coach of the Albanian national team:
Jav a bit o' that....
Real Madrid right-back Danilo had looked to be heading for a switch to Chelsea, but now appears set to team up with Pep Guardiola in Manchester:
José Manuel Casado is back ar Recre. The former Rayo, Malaga and Bolton (among others) defender moving back to the 2B side
Liverpool have had a 75m-euro bid for Guinean international midfielder Naby Keita rejected by RB Leipzig:
Málaga have signed versatile winger/left-back Juankar, who had spent the past two seasons on loan at La Rosaleda, on a four-year deal from Portuguese outfit Braga:
Real Madrid boss Zinedine Zidane is said to be happy with the striking options at his disposal - even if Álvaro Morata does one.
Meanwhile, Tuesday evening brought news that Chelsea manager Antonio Conte has signed an improved two-year contract with the Blues:
Tuesday's big transfer news was that Barcelona star Neymar has reportedly accepted an offer from Paris Saint-Germain, who are ready to pay the Brazil international's 222-million-euro release clause: