Atlético set for an additional 29 goals per season with Suárez

According to Sky Sports, the player has already agreed terms with the Hammers, who will meet his buy-out fee - 14 million euros.

Whisperings on the transfer rumour mill concerning Javier 'Chicharito' Hernández's return to the Premier League look like coming true. Sky Sports report that West Ham and Bayer Leverkusen have reached an agreement for the transfer of the Mexican forward, who is believed to have already agreed personal terms with the Londoners.

West Ham will pay Chicharito's buy-out clause - 14 million euros, allowing the 29-year-old to return to the English top flight, where he played from 2010 until 2015 with Manchester United. Last season he made 36 apperances for Bayer Leverkusen, scoring 13 goals and dishing out four assists in the league, Cup and Champions League. 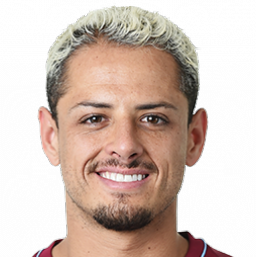 Chicharito ends 2016 without scoring in 17 matches

Chicharito nominated for Bundesliga player of the month