Rumours, transfers, speculation and done deals: all the summer comings and goings in LaLiga, Premier League, Bundesliga, Serie A, Ligue 1 and beyond.

One of the Neymar knock-on rumours is that Barcelona would spend big on Liverpool's Coutinho (actually there is talk they'd like to have both!). But The Reds' manager Jürgen Klopp doesn't see it happening. 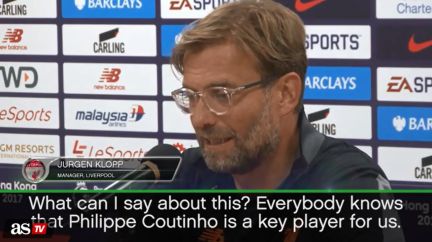 Roma and Manchester City confirm the news we were expecting

In other PSG-related news, Neymar has met with Barça president Bartomeu in the United States, and has informed him of his intention to leave the club. No prizes for guessing where to...

According to Sky Sports, PSG are going to whip out the cheque book for Alexis Sánchez.
SUMMER TRANSFERS