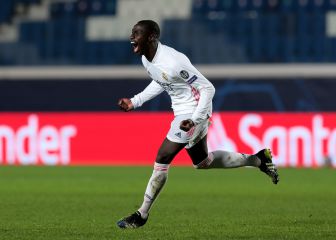 According to RAC1, Messi, Suárez, and Piqué met with the Brazilian in an attempt to convince him to stay at Camp Nou.

Just when the Neymar soap opera appears to be reaching a conclusion, another episode emerges. Doom and gloom swept through the corridors at Camp Nou a few days ago; the club were pessimistic about the chances of keeping the Brazilian at the club. Now, in an unexpected twist, things seem to have changed.

Neymar’s meeting with club president Josep María Bartomeu, which AS revealed on Saturday, has coupled with pressure from senior players to make the player change his mind. He is now leaning towards staying at Barcelona.

Gerard Piqué, Luis Suárez, and Lionel Messi, among others, sat down with Neymar to convince him that his career would be best served by remaining at Barcelona. Neymar’s Barça colleagues having been attempting to woo him publically as well as privately. In an interview with ESPN, Javier Mascherano stated that “Neymar is the future of Barça”, while Sergio Busquets referred to him as “very important” in the lead-up to the pre-season friendly against Juventus.

Ernesto Valverde has echoed those sentiments, stating that “we are counting on him, and him on us”.

Coutinho signing would be significant

The signing of Coutinho from Liverpool would also be significant in the context of Neymar’s future. The diminutive playmaker is a close friend of Neymar, who has been encouraging Barcelona to sign him for several months. If Barcelona manage to close that deal, it would represent a statement of intent.