Rumours, transfers, speculation and done deals: all the summer signings and departures in LaLiga, the Premier League, Serie A, Ligue 1 and beyond. Valencia-Barcelona: Copa del Rey

Former Málaga and Villarreal winger Samu García, who is currently at Russians Rubin Kazan, could be on his way to newly-promoted LaLiga side Levante, who are keen on the 27-year-old. However, they face competition from other Spanish clubs to secure his services. 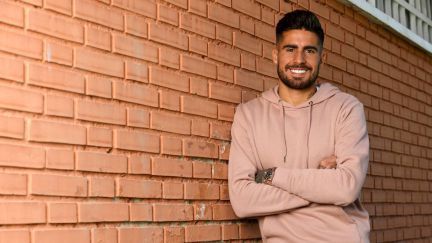 The Lucas Perez deal seems to be drawing to a close...or at least crawling towards some kind of movement.
...but reports in France say it's a question of when - not if - Neymar seals a switch to PSG:

Barcelona manager Ernesto Valverde is still counting on Neymar to be in his squad for 2017/18...

Chelsea manager Antonio Conte has already made a big signing to lead his line next season in Álvaro Morata, but he has said that if he could have another it would be Tottenham's Harry Kane. He's not batting his eyelids at the English Golden Boot winner, is he?

Premier League gets news that one reliable Hornet will be staying in the hive
Málaga have announced the signing of 20-year-old midfielder Emanuel Cecchini from Agentinian outfit Banfield:
Back in the world of speculation, Zidane spoke about the potential break up of the BBC at Real Madrid following his sides 4-1 defeat to Man City
First up this morning, a done deal as ex-Liverpool, Atlético, Espanyol and Newell's Old Boys' player moves club again

Hello and thank you once again for joining us as we scan the world of footballing transfers to keep you informed of which players are going where. We've got the phone lines open to clubs, agents and some random lad sitting in his basement flat playing Championship Manager, to bring you all the important dealings of the day...