The striker was accused with six crimes of abuse and trying to control his ex-partner but was acquitted of them all in court in Sevilla on Thursday.

A judge at the Criminal Court in Sevilla has acquitted Real Betis striker, Rubén Castro, of abusing his former partner on Thursday. The footballer is currently on loan at Guizhou Hengfeng from Real Betis until the end of the year but returned to Spain where the prosecutor's office requested four years for Castro's abusive history and the accuser's legal team asked for eight years and nine months of jail time for the 36-year-old.

In December of 2016, the court of violence against women in Sevilla handed down a bond of €200,000 to Castro but he asked for it to be lessened to €6,000 considering the "blatantly disproportionate" figure. He had been accused of habitual mistreatment of his partner, which included various threats and six incidents of abuse between 2012 and 2013. A term of four years in prison was requested at the time.

The lawyer of Castro's former partner asked for eight years and nine months in prison for the abuse suffered at the hands of Castro with one of the abusive incidents allegedly taking place in the presence of a minor aggravating the charge further and another of taking advantage of his circumstances in a sexually aggressive manner.

The private prosecution requested €150,000 in compensation and another €500 for physical and moral damages cause to the female in question. 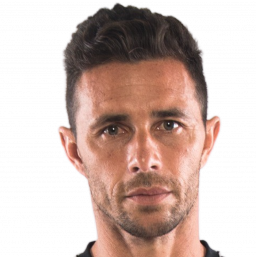