Benzema: "Brazilian Ronaldo and Mike Tyson were my role models"

Delegates from Inter Milan have travelled to Valencia to conclude the transfer of the Colombian central defender. The player has given the OK to the deal.

Valencia are on the brink of completing their third signing of the summer. After bringing in midfielder Nemanja Maksimović and goalkeeper Neto, Colombian centre-back Jeison Murillo will be the next new addition to Marcelino's roster.

According to La Gazzetta dello Sport, Murillo has already given his consent for the operation to go ahead and it seems that negotiations between Valencia and Inter Milan have been progressing well. Delegates from Inter have flown out to Valencia to definitively close Murillo's transfer.

With Aymen Abdennour believed to be on his way out of Mestalla and rumours that Ezequiel Garay could join Juventus, Marcelino will have the centre-back positions covered as soon as  the Murillo deal goes through. 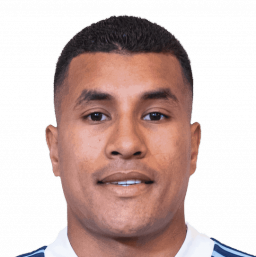