AS Monaco pick their Mbappé replacement in young Rennes striker

AS Monaco pick their Mbappé replacement in young Rennes striker

According to L'Equipe, the Ligue 1 Champions are negotiating with Rennes over the signing of Adama Diakhaby, a 21-year-old striker new to the league.

Kylian Mbappé's future hangs in the balance and AS Monaco have already reportedly found his replacement. According to L'Equipe, Adam Diakhaby, a 21-year-old French striker currently lining out for Stade Rennes, could be the man to fill Mbappé's shoes should attempts to pry him from Monaco prove successful. The trajectory of Diakhaby is similar to that of Mbappé and has only played in 25 games in Ligue 1 but what he did in those games was enough to draw interest from various clubs including the Premier League's Newcastle United.

Rennes appear willing to engage in negotiations for the player with €10 million seen as a fair price for the attacker. Taking Monaco's sales this summer into account including Benjamin Mendy (€57.7 million), Bernardo Silva (€50 million) and Tiemoune Bakayoko (€45) million, you would assume the fee is within their price range.

Monaco are keen to retain Mbappé but that appears to be getting more difficult as Real Madrid are stepping up their interest in the Europe's most pleasant surprise last season. Marcelo is the latest to shower praise on the 18-year-old saying, "If he comes he would be welcome. He is very young and has a very bright future ahead of him." The biggest deal in history could be set to take place and while nothing is done yet, Monaco are busy trying to make sure they have themselves covered. 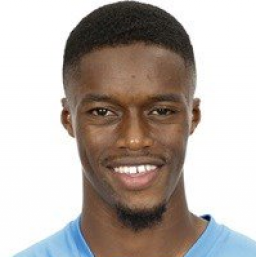