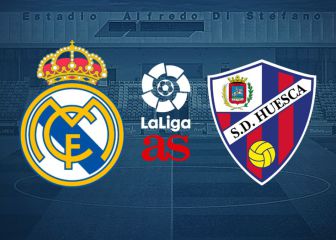 The Brazilian forward, who was involved in a training ground bust-up, has yet to speak directly to the Barcelona hierarchy amid PSG interest.

According to reports in the Catalan press, Saturday’s Clásico in Miami could be the last time the MSN play together. Sport and Mundo Deportivo both report that Neymar has told his close friends in the Barça dressing room that he has decided to leave the club with PSG expected to offer the Camp Nou board the 222 million euros that represent the player’s minimum release clause next week.

Luis Suárez intimated that he was privy to Neymar’s thoughts when he said in a press conference leading up to the game: “We have to support Neymar; whatever decision he takes he will always have my affection.” The Uruguay forward, along with Leo Messi, is one of Neymar’s closest confidants at the club and one of those likely to have spoken privately with the Brazilian about his future intentions.

Bartomeu and Barça remain in the dark

Remaining in the dark, as things stand, are the Barcelona board and club president Josep Maria Bartomeu, who has invited PSG to pay the full amount of the player’s clause if they wish to enter into negotiations over a transfer. However, events over the last week have led the Barça hierarchy to gradually assume that an official transfer request is imminent.

Although Neymar has yet to make any public statement there have been veiled messages on social media and a training ground bust-up with teammate Nelson Semedo has only fuelled speculation, with the player apparently cancelling a publicity trip to Asia to concentrate on the business in hand. The Catalan press, meanwhile, made much of Neymar’s choice of eatery on Friday evening – a French restaurant called Paris 6 Bistro.