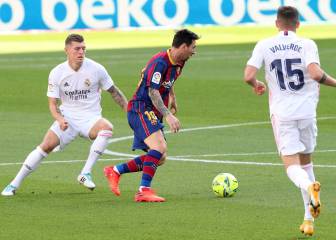 The winger's likely transfer to PSG does not appear to have gone down well with some Barça fans, who voiced their frustration through a Western-style poster.

Brazilian newspaper Globoesporte is closely monitoring Neymar's likely move from Barcelona to PSG. Upon a visit to Camp Nou, the most surprising discovery came just outside the stadium.

Posters bearing the face of the wantaway winger had been put up around the ground. The posters incorporated a dollar symbol, and had the following text:

"Wanted: traitor. Mercenaries get out of Barcelona. Only players who love the shirt."

It appears that a Barça fan has not taken kindly to the fact that Neymar looks to be leaving the Catalan club. Yet with PSG already organising the player's welcome presentation on the streets of Paris, it looks highly likely that the deal will go through.

If the transfer does not materialise, Neymar will play at Camp Nou on 7th August, when the team will be presented at the Joan Gamper Trophy.