The 18-year-old Inter striker is seen as one of Italy's hottest prospects and recently renewed until 2021 but could use the game time in LaLiga.

The Azulones are in the market for a youthful centre forward to add a bit of craft to the forward line and after being rebuffed in their attempts to sign Real Madrid’s Borja Mayoral and Atlético’s Amath Ndiaye have turned their attention to the Italy under-19 international.

“Great players have passed through Getafe and have left considerably strengthened by their time at the Coliseum,” Getafe sporting director Ramón Planes said. “We hope this helps to persuade others to take the same step.”

Pinamonti, 18, is widely viewed as one of the brightest prospects in Italian football. He made his senior debut for Inter in 2015-16 and featured for the first team last season while also helping Inter’s youth side to the Primavera title. The Serie A giants recently extended his contract at the club to 2021 to ward off interest from some of Europe’s biggest spenders, with Chelsea interested in signing the striker.

However, Pinamonti will find it difficult to command a regular starting spot in the Inter first team this season with Mauro Icardi, Gabriel and Éder ahead in the pecking order a loan deal is viewed favourably by all concerned. 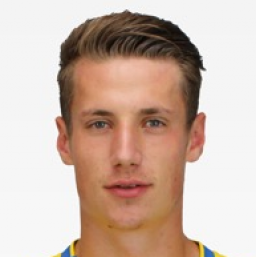