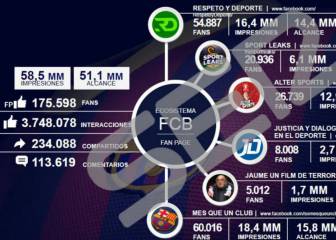 Juan de Dios Crespo was in charge of depositing €222 to LaLiga's offices in Madrid on Thursday but it was rejected before they travelled to Barcelona to carry out the deal.

On Thursday, Neymar's lawyer, Juan de Dios Crespo, spoke to El Larguero about being in charge of the attempted deposit of €222 million for the Brazilian's move to PSG. While the deal is now done, and Neymar officially a PSG player, just after the interview there was genuine belief that LaLiga would block the move and there was uncertainty over the proposed deal.

"It's official. Barcelona have received the check and this odyssey is over," he assured everyone.

"We arrived at LaLiga and they told us that they could not accept the proposal or the consequences that came with it, that is to say they wouldn't accept the deposit. With that, the notary joined us and we drew up another accord to go to Barcelona," he says as the lawyers made their way to Barcelona.

Crespo says, "I don't understand LaLiga's position and we questioned their motives but they wouldn't tell us. I hope that one they they tell us."

One the lawyers arrived at Barcelona, they were welcomed and there was no issue, "At Barcelona's headquarters, we were met by the general director and their lawyers and we had no problem. The clause is €222 million and the origin of the money I do not know but it belongs to PSG."

"It was the same with the Vitolo clause, we didn't know the origin of the money but it is one of the most pressurised cases I have dealt with including the one involving Messi being banned for four games."

"I will do a report on LaLiga and PSG and decide then what to do," he says. "We had a plan C, which was the notary. We have complied with the contract and we had more options. We didn't have to go that far, however, as Barcelona behaved in a decent manner."

I've seen that face before... Neymar, unveiled at PSG