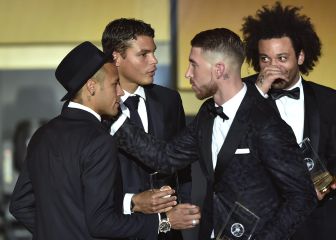 With the 222 million euros gained by selling Neymar, Barcelona are confident of bringing in Philippe Coutinho, Íñigo Martínez and Ousmane Dembélé.

Barcelona are clear about what they are going to do with the windfall gained from Neymar's record-breaking move to PSG. The club's technical department is stepping up their operation to bring in three players: Liverpool's Philippe Coutinho, Borussia Dortmund forward Ousame Dembélé and Real Sociedad centre-back Iñigo Martínez. Barça are believed to have verbal agreements with all three players but now need to reach an accord with their respective clubs which is going to be far more complicated.

Both of the Catalan dailies Sport and Mundo Deportivo are running the story in their print editions today and feature the three transfer targets on their front covers.

Out of the three, Iñigo Martínez looks closest to going through without any complications. Signing the centre-back, whose buy-out is 32 million euros, was an express request from Ernesto Valverde. Despite not being injured, Iñigo was not included in Real Sociedad's squad who flew out to England yesterday for this afternoon's friendly with Watford which suggests he is negotiating his exit. The 26-year-old extended his contract with La Real to 2021 last season and while club president Jokin Aperribay recently stated that Real Sociedad "is not a selling club", Director of Sport Loren admitted yesterday: "There has been contact with Barcelona. We are not prepared to negotiate for Iñigo but when these things gather momentum, it becomes very hard to stop". Aperribay and Bartomeu are expected to discuss Iñigo's situation today but La Real, who already lost left-back Yuri Berchiche to PSG a few weeks ago, will ask for the buy-out in full.

Dembélé has hinted that his future could be with the Blaugranas, telling Gol: "I've seen what's been reported in the papers and Barça is a great club - every player would like to play for a team like that. It's a real pleasure to see you name on a list of players who Barcelona want to sign, we'll see what happens".

As for Coutinho, the English press claim that the deal is practically done and the player will be presented on Monday 7th ahead of the Trofeo Gamper game against Chapecoense. Barça will reportedly pay Liverpool 100 million euros for the Brazilian.