The 23-year-old has been the subject of offers from elsewhere but has decided to stay at the club where he came through the ranks.

Sevilla have announced a contract extension for long-serving number one Sergio Rico, agreeing a four-year deal with the 23-year-old that will keep him at the club until 2021. 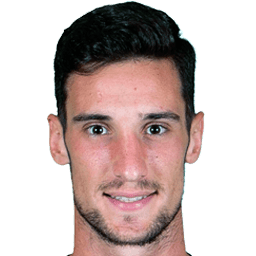 After a decent summer in the transfer market tying down the Spain international was a priority for the club with plenty of interest from Spain and abroad in the keeper.

Rico: "Sevilla is a second family"

“There were offers and I’m grateful to those clubs because it is an honour,” Rico said on Monday when the agreement was officially announced. “But I wanted to stay at Sevilla, which as well as being the club I have spent my career at is a second family. I grew up here and the club has helped me to grow. I never thought about going anywhere else. I want to keep improving and helping the team to achieve its objectives.”

Despite his tender age, Rico already has a wealth of experience with 129 first team appearances and having helped Sevilla to win two Europa League titles in 2015 and 2016.

Rico has also become a regular in the Spanish squad as deputy to Manchester United's David de Gea.