Sergi Roberto on his way out after Paulinho's Camp Nou arrival

Sergi Roberto on his way out after Paulinho's Camp Nou arrival

The utility man was on the bench for the Trofeo Joan Gamper and the Spanish Super Cup and will find minutes hard to come by after the Brazilian's signing.

Sergi Roberto is being targeted by several European clubs as his Camp Nou future hangs in the balance. The La Masia graduate was a useful utility player for Luis Enrique last season but with the arrival of Paulinho from Guangzhou Evergrande the 25-year-old is likely to find his chances restricted in 2017-18, with Ernesto Valverde leaving him out of the starting line-up for both the Trofeo Joan Gamper and the opening leg of the Spanish Super Cup.

Roberto’s release clause of just 40 million euros makes him an attractive proposition and both Milan and Juventus have been credited with an interest. The Serie A champions have been impressed by scouting reports and see Roberto as a useful option to cover several squad positions, given that he can play in midfield, out wide or at full back.

Manchester United and Chelsea are also reported to be monitoring his situation and in the current market a release clause of 40 million is not a staggering amount for a player with only three international caps.

Pep Guardiola considered the possibility of signing Roberto last summer and was close to placing a 35-million-euro bid for his former player. Now, it seems as though other clubs are willing to test Barça’s resolve. 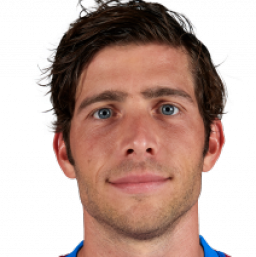