The French midfielder will bolster the Juve squad. The operation will be completed for 20 million euros; Matuidi will earn 3.5M per year, before tax.

Paris Saint-Germain midfielder Blaise Matuidi is close to joining Italian champions Juventus according to reports out of Italy today. La Gazzetta dello Sport claim that Juve, PSG and the player have already arrived at an agreement with the transfer fee set at 20 million euros plus performance-related bonuses.

La Gazzetta add that Matuidi is due to arrive in Turin at some point on Wednesday to put the finishing touches to his move in which he will earn 3.5 million euros in each of the three years in the duration of his contract.

Matuidi, who has  been capped 58 times by France, has been on the books at Paris Saint-Germain since July 2011 and played an important role in guiding the team to an array of silverware, including four Ligue 1 titles, three Coupes de France and four League Cups. Now however, it seems he is surplus to requirements with Adrien Rabiot the preferred choice in the centre of the park.

At Juve, Matuidi would come in to strengthen a midfield which already features Sami Khedira, Miralem Pjanic and Claudio Marchisio. 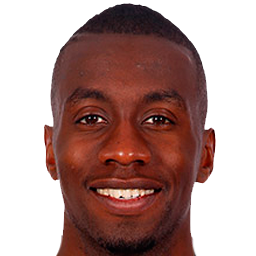