Could the end be drawing near for the Costa-Chelsea drama?
Barça turn to Nice for squad strengthening...

Meanwhile, it appears that Real Madrid will not be dipping into the market for a replacement for Danilo, with 18-year-old Achraf Hakimi to be promoted to the first team squad as cover for Dani Carvajal. 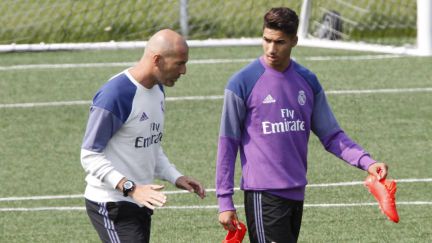 And indeed, Dortmund sporting director Michael Zorc has made it abundantly clear that there will be no negotiation on price for the France international. They know Barça have the cash after all... 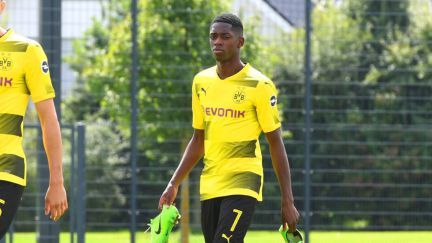 Ousmane Dembélé's decision to train alone as he waits for a projected move to Barcelona to materialise has not gone down terribly well with some of his Borussia Dortmund teammates. 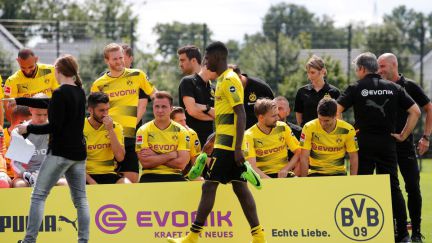 Málaga owner Abdullah bin Nasser Al Thani has called off a proposed move for Argentinos Juniors midfielder Esteban Rolón, explaining his reasons in this tweet:
Real Madrid have told Juventus that midfielder Mateo Kovacic is not for sale, AS has learned:
The Catalans also announced that left-back Johan Mojica, who helped them to promotion last season, is to spend the season on loan at the club from Rayo Vallecano:
Girona, who make their Primera División bow tonight against Atlético Madrid, on Friday confirmed the arrival of Nigerian forward Larry Kayode from... yes, you've guessed it: Manchester City:
...while right-back Joao Cancelo looks to be heading in the opposite direction to Murillo, and waved an emotional goodbye to the Valencia home fans after Los Che's 1-0 win over Las Palmas in their LaLiga season opener:
...and agreed a deal with Inter Milan to take Colombian Jeison Murillo, also a central defender, on a two-year loan that includes an obligatory purchase clause:
Yesterday was a busy day for Valencia, who announced the arrival of centre-back Gabriel Paulista from Arsenal:

Good morning! Our done-deal klaxon is primed and ready to be given a damned good parping.