The Ivorian is expected to complete his move to Camp Nou this week. His arrival would see Andrés Iniesta's chances of renewing his contract dwindle.

According to Mundo Deportivo and Radio Montecarlo, Jean Michaël Seri will be a Barcelona player by the end of next week. The Catalan daily is talking about a fee of 40 million euros for the 26-year-old - the figure written into a personal clause which the player agreed with Nice. Radio Montecarlo meanwhile, claim the price will be closer to 30 million.

Seri has been dubbed by some commentators as the 'African Xavi'. He was Barça's second option after Marco Verratti. We will wait and see where he will fit into the jigsaw at a demanding club like Barça.

Surplus of midfielders at Barcelona

With Seri on board, Valverde will have the possibility of fielding a team without forwards - one such starting XI could read: Ter Stegen; Busquets, Rakitic, Denis, Arda, Iniesta, Rafinha, Sergi Roberto, Paulinho, André Gomes and Seri. That possible line-up doesn't include Sergi Samper, who looks to be on his way out of the club, and Carles Aleñá, the great white hope from Barça's youth academy. It brings into question the club's decision to flood the squad with midfielders. André Gomes, who cost (35 million euros plus another 15 in add-ons, has failed to live up to expectation while Arda, who was bought for 40 million, looks a shadow of the player he was at Atlético. Paulinho and Seri will need to prove their worth in a squad where there is a surplus of midfielders.

Iniesta's future still up in the air

Where does all of this leave Andrés Iniesta? In an interview with El País today, the player admitted that he has still not renewed his contract. Even before the transfer market opened there was speculation that Iniesta could be heading to the United States, Qatar or China. He received a tempting offer from the Chinese Super League which his agents studied seriously before the player decided he preferred to stay at Barça, even if that means seeing out the final year of his contract. Iniesta knows that by staying, he will not get to play any more under Valverde than he did under Luis Enrique. For however much he was at odds with Luis Enrique's handling of the team, the Asturian helped to prolong the midfielder's career by resting him at key moments so that he could end the 2014-15 and 2015-16 seasons in peak condition. Last season he suffered three injuries and that was the moment when he began thinking seriously about his future with Barça. Barcelona insist that: “Andrés has earned the right to make his own decision” while the player says that the last thing he wants “is to be a problem for Barça”. Under the new circumstances, this could well be Iniesta's last season with the club - unless there are any late twists in the final days of the transfer window... 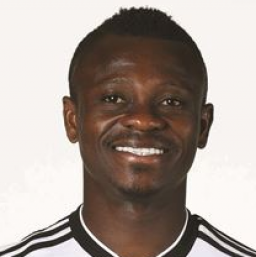 "Dembélé is going nowhere if Barça don't match our price"