Neymar shows his worth in PSG goal-fest over Toulouse

Neymar shows his worth in PSG goal-fest over Toulouse

Unai Emery's team took a third win out of three in Ligue 1 with a brace from their new Brazilian plus one each from Rabiot, Cavani, Pastore and an own goal from Kurzawa.

Neymar starred from beginning to end on his home debut for Paris Saint-Germain, scoring twice in a 6-2 thumping of Toulouse in Ligue 1 on Sunday.

Neymar making his mark in Paris

The Brazilian superstar had a hand in everything else his new side did at the Parc des Princes as they recovered from the shock of falling behind early on to a Max Gradel goal. Neymar got the equaliser and helped set up Adrien Rabiot for the goal that gave PSG the lead 10 minutes before half-time, but the 222 million-euro ($261 million) man saved the best for the closing stages.

After Marco Verratti had been sent off to leave PSG down to 10 men, the ex-Barcelona forward won a penalty that Edinson Cavani converted for the hosts' third. He watched Javier Pastore make it four, set up Layvin Kurzawa for the fifth and scored a stunning goal, his second of the night, at the death to complete the rout.

It was PSG's third win in as many league games this season and they join reigning champions Monaco and Saint-Etienne in having the maximum nine points to their name. Saint-Etienne visit the French capital next weekend and will be dreading the prospect after this latest exhibition from PSG's new superstar.

Neymar had a part in all of his side's goals in last week's 3-0 win at Guingamp, scoring one in his first game in French football since his stunning transfer, and he was again involved in everything here.

Gradel, making his first appearance for Toulouse after joining from Bournemouth, volleyed the away side in front in the 18th minute but Neymar had already seen a shot strike the top of the bar before that.

The Brazilian then saw a header tipped onto the post by Alban Lafont before he levelled matters just after the half-hour mark, setting up Rabiot for a shot that was pushed out by the away goalkeeper before following in to convert the loose ball.

The same duo combined as PSG went in front, Rabiot playing a one-two with Neymar before beating Lafont with a low strike into the bottom corner from 25 yards.

Slower second half then exploded

The second half was quieter before coming to life after Verratti was harshly shown a second yellow card for catching Christopher Jullien in the Toulouse area in the 69th minute. Soon after, the referee gave a harsh decision the other way, awarding a penalty for a foul on Neymar when Toulouse striker Andy Delort appeared to play the ball.

Cavani made no mistake from the spot, the goal his 11th in his last 11 Ligue 1 games, but Toulouse quickly pulled another one back when the giant Jullien headed in from a corner with 12 minutes left to make it 3-2.

Yet there was to be no grandstand finish from the visitors, as instead substitute Pastore - the man who has lost his place to accommodate Neymar - curled in a superb fourth.

Neymar's corner was then headed in by Kurzawa. But Neymar had to have the last word and somehow engineered himself space in the area before finishing to make it 6-2 and bring the Parc des Princes crowd to its feet.

Elsewhere on Sunday, Marcelo Bielsa suffered a second straight loss as Lille coach as his side crashed to a disappointing 2-0 home defeat against Caen.

Marseille extended their unbeaten league run to 14 matches but were frustrated by Angers in a 1-1 draw at the Stade Velodrome.

Radamel Falcao struck his fifth goal in three games on Friday to guide Monaco to a 1-0 win at Metz, while Saint-Etienne brushed aside newcomers Amiens 3-0 on Saturday. 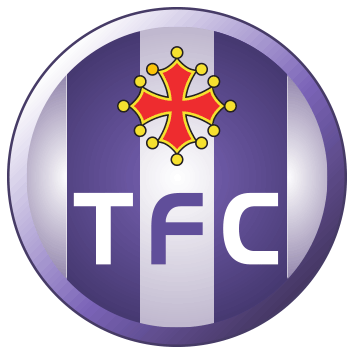