Alavés to send Nando to Lorca on loan until January

Alavés to send Nando to Lorca on loan until January

The Vitoria-based outfit signed the winger from Valencia and will incorporate him during the winter window to replace Óscar Romero.

Deportivo Alavés have completed the signing of promising young winger Fernando García Puchades 'Nando' on a three-year deal from Valencia. The Basque side have no room for the 23-year.old, who looks set to spend the next six months on loan at Lorca. Alavés will recover Nando in January when he will replace Óscar Romero, who will return to Chinese side Shanghai SIPG on completion of his loan spell in Vitoria. 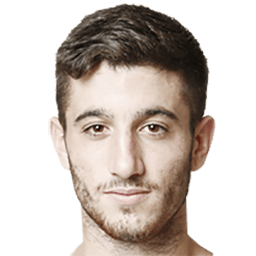 Nando enjoyed a great pre-season under Marcelino, finishing the summer with three assists and a goal and his performances caught the eye of a number of clubs in Spain's top flight. With the new season already underway, Alavés felt it would be better for Nando to continue his progression at Lorca so that he will be up to pace when he returns in January.

Curro Torres, instrumental in the deal

Lorca coach Curro Torres knows Nando well from the player's spell with Valencia Mestalla feels that he can bring something extra to the team, who were recently promoted to the LaLiga 1|2|3, Spain's second tier. It also suits Alavés who were reluctant to farm the winger out on loan to a direct rival in LaLiga.

Mbappé move to PSG scuppered by FFP after Neymar splash