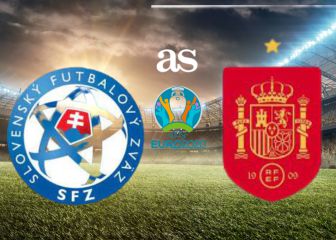 The former Liverpool and Fiorentina midfielder has signed a two-year deal with the Canary Islanders and will add experience to the midfield.

Alberto Aquilani has signed a two-year deal at Las Palmas to give Manolo Márquez more options in midfield and said that he did so on the advice of Kevin-Prince Boateng, who left the Estadio de Gran Canaria earlier in the summer to return to the Bundesliga with Eintracht Frankfurt.

Aquilani, who has played for Liverpool, Fiorentina, Milan, Juventus and Sporting Lisbon, trained with the side after Las Palmas’ 5-1 loss against Atlético Madrid and was officially presented on Monday. “Prince told me this is an amazing place to play and I’m looking forward to starting this new chapter in my career, Aquilani said.

Aquilani: "I have always been attracted by LaLiga"

“As well as technique and experience, I can offer other physical and mental aspects and footballing characteristics… everything I know,” the 33-year-old added.

The former Italy international said he was attracted not only by Boateng’s enthusiastic words for the club and the fans, but also the possibility of adding a spell in LaLiga to his extensive CV. “[LaLiga] has always been attractive to me and although I had other offers I decided to come to Las Palmas. I like the way the team plays and the way they move the ball around.

“Las Palmas have very good players and I’m looking to working together,” Aquilani concluded as he waits to see where Márquez will slot him into a side that is still under construction after a lot of departures and arrivals during the summer.

The renaissance of Alen Halilovic