Real Madrid squad for Man City: no Bale or James

Another day, another deal? The clock is ticking with the market set to close on Thursday in England, France and Germany (Spain on Sep 1 at 2000 CEST) and September 22 in Portugal. Clubs are anxious to snap up anything missing from their squads. Join AS English for live transfer news throughout the day as we keep you up to date on all the movements happening in European leagues and beyond. Rumours, talks, expected deals, completed signings, contract extensions - it'll all be covered right here.

The Ox is a stone's throw away from Liverpool.
Former Sevilla midfielder Grzegorz Krychowiak has joined Premier League side West Bromwich Albion on loan from Paris Saint-Germain:
We do appear to be stumbling on a hitherto undiscovered law of physics.
Ah.
How does the old adage go? If you get walloped by 'em, join 'em...?
"Olympìque Marseille is a step forward in my career," says defender Aymen Abdennour, who has joined the Ligue 1 club on loan from Valencia.
Newly promoted Levante have signed Australian goalkeeper Mitchell Langerak from VFB Stuttgart on a two-year deal:
Paul Clement appears to be working his Bayern Munich connections:
Ah, sliding doors...
Spurs so far avoiding any last-minute flapping:
Costa appears to be finally closer to an Atleti return...
Espanyol youth product Didac Vila has rejoined Los Pericos from AEK Athens, with the left-back signing a three-year contract:
PSG's Serge Aurier Spurs bound after cryptic Twitter messages suggests his red-tape problems have been overcome.

After a poor season with PSG, fromer Sevilla player Krychowiak is generating Premier League interest with West Brom at the front of the queue. 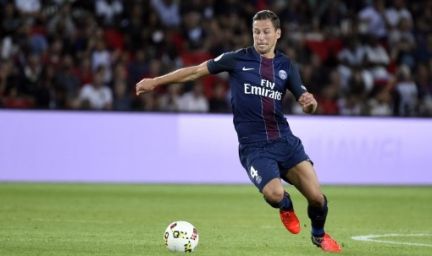 Former Athletic Club strilker Fernando Llorente being linked to a Chelsea move to join up with Alvaro Morata. 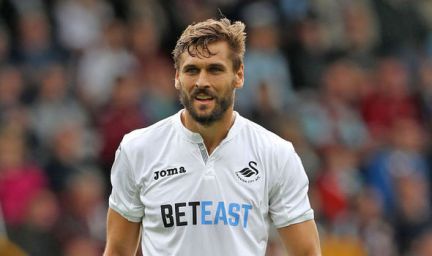 Veteran Schalke defender Benedikt Höwedes is in Turin for his Juventus medical.

Hello and welcome to the daily AS English transfer feed. Time is ticking with the market closing in England , France & Germany tomorrow. Spain closes on Sept. 1 at 2000 CEST with late night shopping continuing in Portugal through to September 22.